Hello to all my Followers.  Remember in my last Post that I stated I would be making Posts about my Personnel side and my Life thru 70 yrs.?  Well, I’m gonna start here with this Post.  We will go way back in time to 1964.

Ok.  Here we go.  The year is 1964.  That’s me with my Date for a High School Dance that I had asked her to go to with me.  She accepted.  Back in those day’s the telephone was the only way that you could call and ask a girl to go out with you.  No Cell phones or texting existed.  Her name is Carol.  We are both around the same age.  She is one year younger than me.  We both were Sophmores HS.   I had met her while on my Paper Route.  Her Parents were one of my customers for the Reading Times.  I used to have to go to her house and collect money for the paper every week.  Before I went to pick her up my Mother made sure that I was dressed properly, down to the Flower on my dress jacket.  Carol was wearing a Red Symbitium on her left wrist. (Not shown).  Her Father is the one who shot this Image of us together.

Me & Carol dated about 3 times, going to movies, dances, and 1 Hayride while both of us were going to Fleetwood High School.  Then after High School we both sorta drifted apart.  She went on to Collage, while I joined the US Navy to see the world.  I lost track of where she was or what she was doing over the passing years.  Coming Home from Vietnam I went to find out where she was, but I didn’t find out till later on in 1970 that she had married in 1969, and took on another last name.  That ended my quest to get in touch with her.  I was quite saddened.

For some reason that I can’t fully explain, this girl made a big impression on me.  I really did like her.  I never did go after her, which maybe I should have done.  I think that this girl was the one “that got away.”  To this day, I still think of her.  I talk with her once in awhile on the phone to see how she’s doing, but not allot.  Her memory still is in my Mind.  Places we went, things we did, and how our Lives had gone seperate way’s.  I wonder what would have happened if we married?  Would it have lasted?  I don’t know.  I do have a picture of what she is today and she looks pretty much as she does then, just older.  She has 2 kids now, and has been married to the same fella for all these years. 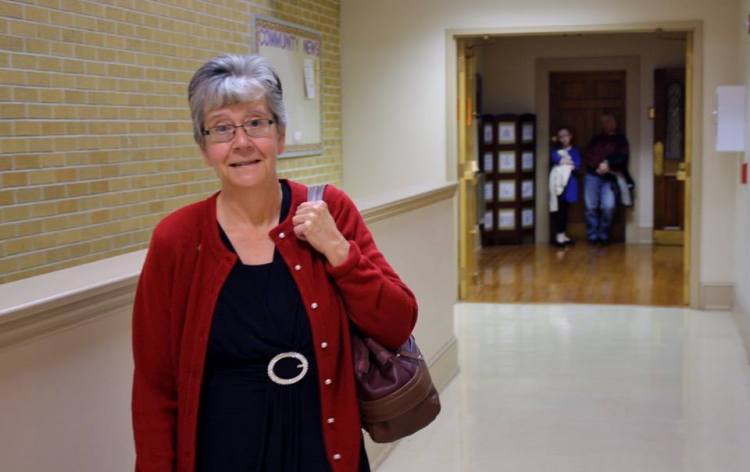 Here is Carol, as of last year.  She has a 1 or 2 Degrees in Music.  Was a Music teacher at Owen J. Roberts High School.  She always did love music.  She always will.  I still do have feelings for her!  She never will leave my memory.

I can look at that Image and remember how scared I was.  I was fearful of her Father and what he might say.  He was a rather “gruff” sorta man.  I was told my Mom to “mind your manners” like she had taught me so well.  I did what I was told.  Maybe that’s why I’m still good friends with her to this day.

I am 75 yrs. young and now retired. I worked in the Machinist Trade for 24 yrs. Served in the US Navy with a Tour of Duty in Vietnam. Being retired I do enjoy Photography with my Nikon and Pentax Camera's, snooping around in Historic and Abandoned places, using my Scroll Saw, Reading, Travel, riding a bicycle on the many Trails that are around my area, and what-ever else will interest me at the time. Come with me and see where I go, where I have been, and my Life surviving Retirement. View more posts

Make the most out of each and every trip

it's this or get a real job

Having fun blogging with friends

Catch up with ongoings from my week

The Book of Esther

"These are a few of my favorite things..."

Personal reflections from a quiet corner.

Sometimes You Get So Confused

Stop here and see if there's something to help you get things untangled.

Living and working around the country in a RV

Chambers on the Road

RV, other Travels and Home Life in Retirement

So, Live; Through Travel
Attorney Attire

One woman's observations on her way through life

Type 1 Diabetic psychologist cycling every day for one year

The Cottage by the Cranelake. We're all going in circles.
Fundy Contemplations...

...listening is the beginning of peace.

Lines and My Life

The lines I follow in cycling, the lines I handle for my kites, and the lines of thought that define my life.

Whatever, wherever, whenever
Days of Light